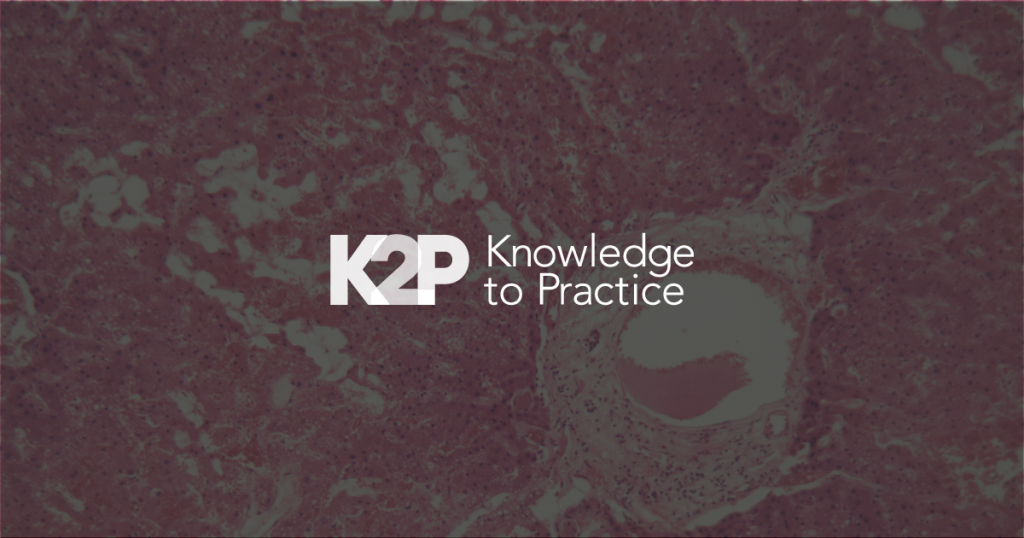 Amyloidosis is, as we know, not one distinct disease but a group of diseases characterized by insoluble fibrillar protein deposits affecting many organs of the body. The heart is affected by all subtypes of amyloidosis, including light-chain (AL) and transthyretin (ATTR) amyloidosis subtypes (both wild-type and hereditary).

Onset for one or more of these subtypes typically occurs at any time after the fourth decade of life, and the hallmark clinical manifestations of restrictive cardiomyopathy and heart failure are not unique to amyloidosis. Further, sudden cardiac death can occur in as many as 30-40% of these patients, so recognition of suspicious phenotypical findings indicative of amyloidosis is important for prompt and appropriate care.

Join Dr. Ajith Nair and K2P  in a deep dive into foundations and case studies of amyloidosis at  https://app.currentmd.com/courses/22/topics/5648/lessons/13893

Question 1: Which of the following does not raise suspicion for ATTR cardiac amyloidosis?

Question 2: What is the most common mutation present in U.S. patients with hereditary cardiac amyloidosis?

Question 3: Which patient has the worst prognosis?

Question 4: Which of the following are not features of ATTR cardiac amyloidosis?

It's important to start with an understanding of the different subtypes for amyloidosis.

The first is AL amyloidosis. These are predominated by light chains. They can affect males or females. Typical age of presentation is 50 plus, and these patients are typically sick and have multi-organ dysfunction.

There are two types of transthyretin amyloidosis that includes wild-type ATTR as well as hereditary ATTR. Both of these have a male predominance. They present at variable ages where wild type can present in older individuals and hereditary can present at different ages depending on the mutation.

And finally, AA is secondary amyloidosis characterized by serum amyloid A protein, and this typically has limited cardiac involvement.

Now, light chain AL amyloidosis results from misfolding of light chains secreted by clonal plasma cells, which involves the heart in 50% to 75% cases.

Amyloid protein misfolding can occur in the following cascade of events:

Pathobiology of the disease as follows:

A transthyretin is a prealbumin and is composed of four beta-sheetrich monomers that circulate as a tetramer and function as a carrier protein for thyroxine and holo-retinolbinding protein.

The native TTR tetramer is secreted from the liver into the blood with lesser amounts produced by the choroid plexus from cerebrospinal fluid and retinal pigmented epithelial cells from the vitreous of the eye. The TTR gene is found on chromosome 18.

In hATTR or hereditary transthyretin, there are single amino acid mutations in the 127 amino acid sequence that destabilize the heterotetramer rendering aggregation more efficient.

Amyloid fibers can cause damage either through direct structural damage as well as proteotoxicity.

We can see that structural damage can occur through increased cardiac and vascular stiffness as a sequelae of deposit of proteins. This can lead to impaired contractility and relaxation and disturbed electrical conduction.

There can be on a cellular level proteotoxicity where you get stress kinase activation, lysosomal activation, defective autophagy, as well as reactive oxygen species and impaired calcium homeostasis. This can lead to also impaired mitochondrial function and cell death.

It's important to realize that amyloid not only leads to "stiffness" of the heart through deposition but can cause direct proteotoxicity that damages the myocardial tissue. In AL specifically, it's notable for causing increased amount of myocardial damage and hence why it may have a more aggressive presentation.

Distinguishing Features of AL-CA and ATTR-CA

One of the key things to understand is distinguishing AL versus transthyretin cardiac amyloidosis.

AL amyloidosis is a hematologic disorder. It's characterized by a proliferation of abnormal plasma cells producing lambda and less commonly kappa light chains. In the bone marrow, there is less than 20% plasma cells, which distinguishes this from multiple myeloma, and survival from onset of heart failure is about six months.

The bone marrow makes the plasma cells that leads to misfolded light chains that causes profilament deposition as amyloid fibrils into myocardial tissues as well as other major organ systems. And this not only leads to increased cardiac stiffness but direct proteotoxicity and myocardial injury.

Transthyretin is distinguished by the fact that it is initially synthesized by the liver. Again, it's synthesized by the liver, and mutations can lead to misfolding into insoluble beta-pleated sheets. This can also be characterized by multisystem deposits with tissue damage. However, this tends to be less aggressive than AL in most patients.

The presentation for amyloidosis can also be similar between AL and ATTR, although they may have certain distinctions.

Cardiac findings include heart failure, low-flow, low-gradient AS, atrial fibrillation and stroke, complete heart block, angina with normal coronaries. It's important to realize that in those patients who have heart failure with preserved ejection fraction, studies have shown that cardiac amyloidosis may be present in anywhere from 15% to 20% of patients.

The non-cardiac findings of amyloidosis can include carpal tunnel, which is typically seen more in transthyretin, spinal stenosis, seen in transthyretin amyloidosis, nephrotic syndrome more commonly in AL, macroglossia in AL, and both are characterized by neuropathy and orthostasis.

Focusing on transthyretin cardiac amyloidosis, there are two distinct types of ATTR.

In wild-type ATTR, amyloid deposits gradually progress over a period of decades, whereas patients with mutant ATTR or hereditary ATTR have accelerated amyloid deposition.

There are also distinctions between wild-type ATTR and hereditary ATTR.

In wild-type transthyretin amyloidosis, there are no mutations. Presentation tends to be older with a median age of 74 years. These patients can have cardiomyopathy with atrial fibrillation, bilateral carpal tunnel, spinal stenosis, and the median survival tends to be four years.

In hereditary or hATTR, there are mutations in the TTR gene. The median age of presentation can be variable depending on the gene mutation. Patients can have cardiomyopathy with also neuropathy, and this can be characterized by either sensorimotor defects or autonomic insufficiency, and the median survival can vary by mutations.

The prognosis of wild-type transthyretin has not really changed over the last several years as shown in this Mayo Clinic study. In hereditary TTR, there are different gene mutations that can characterize the disease.

In the THAOS study, this was the transthyretin amyloid outcome survey, there were a few distinctions between the presentation of amyloid in the United States and amyloidosis in the rest of the world.

In the United States, patients tended to be older, male, more often African-American, and wild type is more common, seen in about 48% of patients. Val122Ile mutation was the most common mutation seen. These patients typically had a cardiac phenotype.

In the rest of the world, patients tend to be younger. There was a male-female equalization and the distribution pattern was equal, and patients tend to be more asymptomatic with Val30Met being the most common mutations and these patients having variable phenotypes.

Again, the THAOS study demonstrated that in the United States, wild-type transthyretin predominated, whereas in the rest of the world, Val30Met mutation was more common.

Again, a review of common TTR mutations. In the Mayo Clinic study, they showed that in their population, the three mutations that could be most commonly seen T58, V30M, and the V122I mutation.

Cardiovascular manifestations of amyloidosis are characterized by the hallmark of restrictive cardiomyopathy with heart failure.

The clinical manifestations can include progressive diastolic dysfunction. Patients can have elevated left ventricular filling pressures and have heart failure with preserved ejection fraction. Sudden cardiac death can be as high as 30% to 40%.

Patients can have exercise intolerance due to an inability to augment cardiac output, dyspnea, arrhythmias, peripheral edema, spinal stenosis, carpal tunnel, and palpitation. The disease course and progression can vary and can vary within families as well as the gene mutation that's involved.

Although there is clearly a variation in survival with respect to the genotype in hATTR, most series have reported that the median survival can range between 8 to 10 years for patients with hATTR polyneuropathy, versus 2.5 years in those diagnosed with heart failure. So, it's key to evaluate these patients for cardiac involvement just because the prognosis can be poor in those patients who have cardiac involvement.

Disease progression prognosis can be also characterized and predicted with the evaluation of serum biomarkers. In the Mayo Clinic staging system, they used troponin T and N-terminal proBNP, and devised three stages.

However, reduced ejection fraction was reported in about 30% to 50% of wild-type ATTR cardiac amyloidosis cases. Reduced ejection fraction at diagnosis was more common with the Val122I mutations than the wild-type cardiac amyloidosis, which likely reflects a more advanced stage disease at diagnosis and perhaps accounts for the reduced survival reported in these patients.

So what are some of the red flags and suspicious phenotypes, phenotypic findings in these patients?

As far as cardiac amyloidosis as a whole, whether it's AL or ATTR, the echocardiography demonstrates thickening of the left and right ventricular walls, and EKG findings can demonstrate low voltage.

Disease Course and Progression of ATTR

The disease course and progression of ATTR can also vary with median survival in hATTR being about 2.5 years after the initial diagnosis of heart failure, and 3.5 years in those patients who have the wild-type ATTR.

Question 1: Which of the following does not raise suspicion for ATTR cardiac amyloidosis?

Question 2: What is the most common mutation present in U.S. patients with hereditary cardiac amyloidosis?

The correct answer is the V122I mutation. This represents about 3% to 3.5% of individuals of African-Americans descent, who represent a high-risk population. In the THAOS Registry, greater than 20% of all patients with ATTR amyloidosis harbored this mutation.

Question 3: Which patient has the worst prognosis?

The correct answer is B: 48-year-old male with moderate LVH, renal dysfunction, heart failure, and AL amyloidosis. It's important to realize that the survival in cardiac amyloidosis can vary significantly by the amyloid subtype. AL cardiac amyloid with heart failure has an extremely poor prognosis with a six-month survival, which is worse than other forms of amyloid and stage 4 colon cancer.

Question 4: Which of the following are not features of ATTR cardiac amyloidosis?

The correct answer to assessment question 4 is E: severe LV dilation. Amyloidosis is a restrictive cardiomyopathy with systemic features including spinal stenosis and bilateral carpal tunnel in wild-type ATTR amyloid and peripheral neuropathy in hereditary ATTR amyloidosis. It's marked by severe restrictive disease and severe dilated cardiomyopathy is not typically a feature of cardiac amyloidosis.