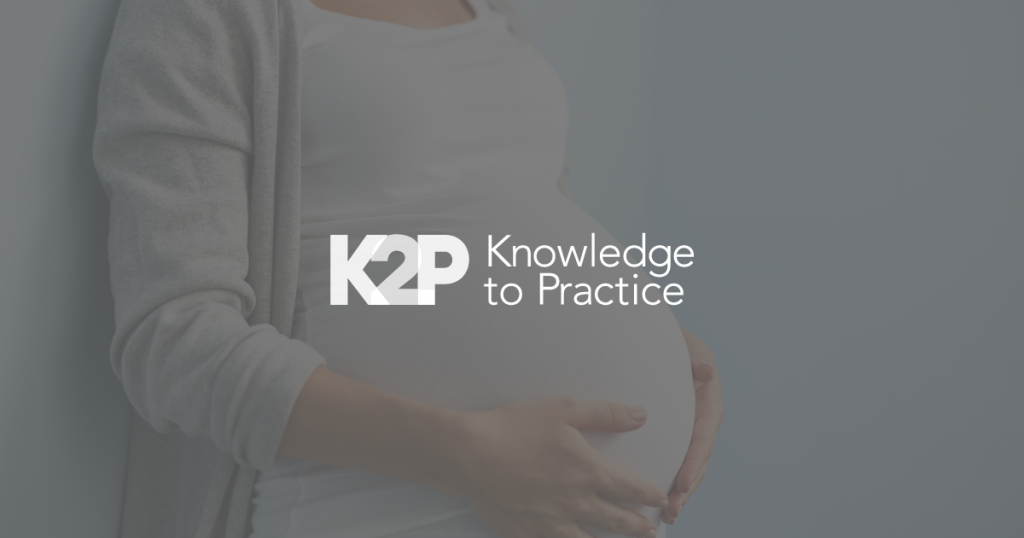 Although the risks associated with a hypertensive disorder of pregnancy (HDP) are well described, little has been known, until now, about the long-term cardiovascular health of women who experienced this disorder earlier in their lives.

Honigberg and colleagues, in their hot-off-the-press article on this topic (JACC. 74:22, December 2019) utilized the prospective data resource UK Biobank to identify 220,024 women, with a mean age 57.4 ± 7.8 years, and of whom 1.3% had an identified HDP history, to follow for a median 7 years. Their findings demonstrated that women who had had HDP earlier in life had elevated arterial stiffness indexes and more chronic hypertension when compared with women without HDP.  Having had HDP was associated with HDP a higher incidence of coronary artery disease, heart failure, mitral regurgitation, and aortic stenosis. In a further causal mediation analysis, presence of chronic hypertension explained a majority of HDP associations with coronary artery disease (64%)  and nearly a majority (49 %) with heart failure.

The findings of this study support associations between HDP history and some cardiac conditions previously not appreciated in this population.

K2P’s recently updated content related to the complex cardiovascular physiologic changes in pregnancy can provide the necessary context to these data. Learn more at here or continue reading.

To explain the physiologic changes that occur with pregnancy.

As the pregnancy comes to term, there's a whole blood volume that increases about 40% above prepregnant level with a lesser increase in red blood cell mass resulting in a relative anemia. It's this increase in blood volume associated with a slight decrease in systemic and pulmonary vascular resistance and an increase in heart rate that results in that increase in cardiac output around 30% in most pregnant women and, of course, normally that's well-tolerated.

But it's not a surprise that patients with previously undetected cardiovascular disease may come to attention during pregnancy because of these hemodynamic changes. Also, noteworthy is that many patients may present with an abnormal physical examination, and the reason for that, of course, is also these physiologic changes. Note that a systolic murmur is present in 96%, a third heart sound in 84%, and then less commonly diastolic flow murmurs and so on. So the physical examination may be the first clue to the diagnosis of cardiovascular disease but indeed findings on physical examination during a normal pregnancy may mimic cardiovascular disease. Remember, brisk and full carotid upstrokes can be normal. Venous pressure is often mildly elevated. The apex is displaced especially as the pregnancy advances. Lower extremity edema and varicose veins are very common. And, as we said, normal examination may mimic heart disease.

It's important not just for the patient but also because there have been misperceptions with regard to what's safe and what isn't. In fact, there's a large incentive to really try to have patients deliver normal by vaginal route whenever possible with a facilitated second stage if the patient is at high risk.

There are however some important indications for cesarean delivery, and those, of course, include obstetrical indications, warfarin anticoagulation. And the reason for that is not so much for the mother but for the fetus. Remember that the fetus is fully anticoagulated when a mother is anticoagulated with warfarin and, in fact, their level of anticoagulation is higher than it is for the mother and so there's a risk of fetal intracranial hemorrhage. So, an important indication for cesarean delivery is fully anticoagulation with a therapeutic INR for the mother at the time that labor occurs. And then there are rare cardiovascular reasons to consider cesarean delivery. For example, anything that causes fetal or maternal instability or an unstable aorta, and we'll talk about some of those thresholds as we talk about aortic disease shortly. But again lots of interest in moving toward, as I said in the past, a big push to go with vaginal for this patient population.

Now, time doesn't allow us to go through all of the different pre-pregnancy risk assessment modules or formulas that are available. I'm just going to introduce you to the WHO or World Health Organization classification briefly. You can see there are other important ones that are outlined here and referenced both in the guidelines and elsewhere. The modified WHO classification, I think, is very helpful and there's a great table in those guidelines that is helpful in identifying which lesions go with which classification, what the risk for a cardiovascular complication event is during pregnancy, where patients should be followed, how frequently they should be seen and so on.

Let's say here WHO risk class II where there's a small increased risk of maternal mortality and moderate increased risk for morbidity. For example, a patient who presents with a previously unsuspected or unrepaired atrial septal defect. The chance of a maternal cardiovascular event rate here is about 6% to 10% and so these patients should be followed by a specialist during pregnancy but won't need to be seen every week or even every month and so that's important.

When To Council Against Pregnancy

The other one that I think is really important to emphasize is when we should counsel patients against pregnancy. So, when is pregnancy-contraindicated? And, in certain circumstances, we'll even discuss the possibility of termination. And these are situations that you must know, you must counsel patients regarding these contraindications because it's very important for the patient for their well-being and of course for you from a professional standpoint. So, here, you can see an extremely high risk of maternal mortality or severe morbidity with over 27% risk of maternal cardiac event rate.