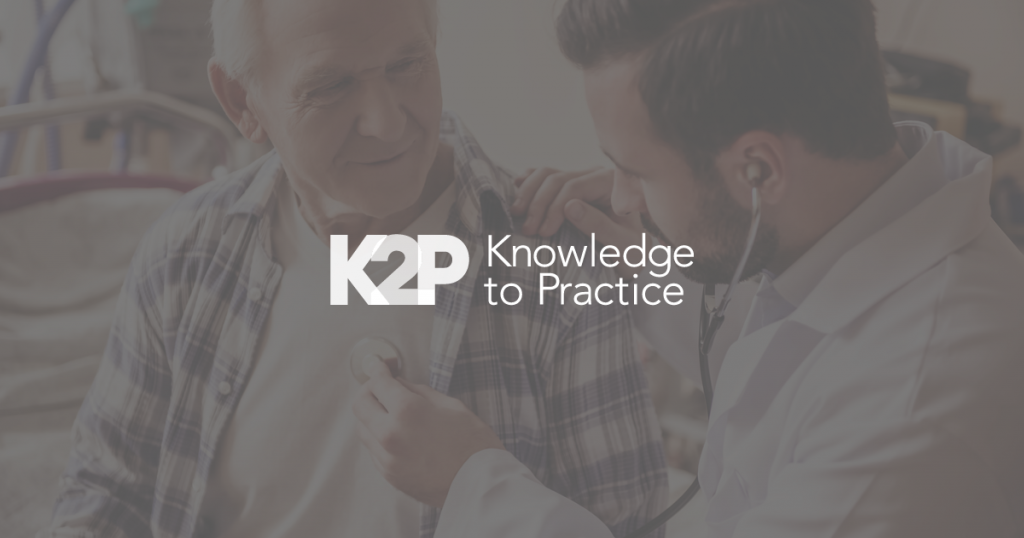 A December 18, 2019 case report in JACC by Dr. Mohamed Abdel-Aal Ahmed and colleagues details the case of a 71 year old with significant past cardiac history and valve replacement, now with partial dehiscence of his previously placed bioprosthetic valve as well as subsequent severe paravalvular leak (PVL) due to endocarditis.

Determined not to be a candidate for surgical repair, the patient underwent an unsuccessful percutaneous PVL plugging, followed by an unsuccessful valve-in-valve (ViV) transcatheter aortic valve replacement (TAVR), aborted due to pulseless electrical activity arrest during the procedure,and requiring veno-arterial extracorporeal membrane oxygenation (VA ECMO) and stabilization in the intensive care unit.

After medical treatment optimization, he ultimately underwent successful plugging of the PVL followed by valve-in-valve-in-valve (ViViV) TAVR , resulting in near complete resolution of both paravalvular and central aortic insufficiency, improving his left ventricular ejection fraction (LVEF) from 25% to 30% to 40%, and his NYHA functional Class IV symptoms pre-intervention, to Class I-II,  post-procedure.

This case underscores the complex and varied challenges for patients with PVL, as well as optimizing treatment for it. Join Dr. Vivian Ng of K2P’s CurrentMD to review diagnosis and treatment optimization for PVL.

Discuss the significance of paravalvular leak as a complication of prosthetic valve implantation with regard to etiology and mortality.

Which of the following is associated with late as opposed to early development of paravalvular leak?

In a study of 663 consecutive patients undergoing TAVR, paravalvular leak was associated with an increase in ____________.

What are the causes of paravalvular leak?

One is calcification or fragility of the native valve annulus. Calcification at the time of valve surgery can prevent tight apposition of the tissue to the prosthesis. There can also be abnormal tissue, such as Marfan syndrome or endocarditis, which may not hold onto the sutures well. Other causes of paravalvular leak include infective endocarditis, technical difficulties associated with suturing or implanting the valve, and the prosthetic size and shape.

There are different causes to the development of PVL, and this can be often differentiated between early causes and late causes of PVL. Early post-procedural development of PVL usually involves technical factors, such as annular calcification or infection, suturing problems, or the size, shape, and depth of the prosthesis. Late post-procedural development of PVL often involve patient factors, such as endocarditis causing suture dehiscence, progression of an underlying disease such as Marfan syndrome, or the gradual resorption of incompletely debrided annular calcification.

The incidence of PVL varies, depending on the type of procedure that is performed. For surgical AVR, the incidence of PVL is only 2% to 10%, whereas, for transcatheter AVR, it's 10% to 20%. And this is often because, in surgical AVR, the surgeons are able to visualize the valve and are able to debride all of the calcium and ensure that the valve is appropriately apposed to the wall of the valve annulus prior to closing and finishing the valve procedure. We don't have that type of ability for transcatheter aortic valve replacement, and as a result, bulks of calcium can prevent appropriate valve apposition and can increase the risk of getting PVL.

So what are some predictors of PVL and can we predict PVL ahead of time in order to prevent it?

PVL is often due to undersizing of a valve, valve malpositioning, or incomplete prosthesis apposition to the native annulus. This is true for both self-expandable and balloon-expandable TAVRs.

Can we predict the causes of PVL and can we prevent it ahead of time?

Now, this is a particular interest in patients who are getting TAVR procedures because, as I mentioned earlier, there's a higher incidence of PVL in patients receiving TAVR because of the limitations of our ability to visualize the valve at the time of the procedure, and we are limited in our ability to debulk the calcium from the valve.

PVL is often due to device undersizing, valve malpositioning, incomplete prosthesis apposition to the native annulus. This is true for both self-expandable and balloon-expandable as well as self-expandable transcatheter heart valves. As a result, it is important for us to evaluate the native aortic valve annulus prior to determining which valve we're going to implant in the patient. We have to do appropriate valve sizing, evaluate the extent of calcification and asymmetrical distribution of calcium, and evaluate whether or not we are going to be able to place the valve in a position that decreases the risk of PVL. Lower implantation depth and a greater angle between the aorta and the LV outflow tract can be risks for PVL development.

What are we looking for when we're evaluating patients who could develop and considering whether or not they have PVL?

First, on physical exam, we often hear that there's a high pitch decrescendo murmur in diastole at the left sternal border, which raises our suspicion that there could be some form of aortic PVL. Many of these patients come to our clinic because they are developing new heart failure symptoms. Ninety percent of patients with significant PVL will present with congestive heart failure with volume overload. In addition, these patients can be suffering from hemolytic anemia, which amplifies their heart failure symptoms.

Oftentimes when patients have significant PVL, they present to our office with heart failure symptoms. In fact, 90% of patients with significant PVL will present with congestive heart failure with volume overload. In addition, they may also have hemolytic anemia, which amplifies the heart failure syndrome. On blood work, they may have elevated BNP or NT-proBNP levels, and this increases in tandem with severity of PVL, reflecting the regurgitant volume, increasing LV size, and decreasing LV function.

The presence of turbulent flow from PVL is a predisposing condition for endocarditis. However, infective endocarditis is also a cause of PVL by destroying the sutures that anchor tissue to the prosthesis. Patients with new PVL should always be evaluated for infective endocarditis with blood cultures, inflammatory markers, TTE and TEE to evaluate whether or not this is, in fact, the cause of their PVL and whether or not they need additional antibiotics or additional treatment prior to treatment of their PVL.

Once we have a suspicion that a patient may have PVL, we need to do additional imaging in order to confirm this. This is often done via echocardiography. PVL tends to be irregular in shape at their origin, and the jets may be parallel, perpendicular or serpiginous, complicating attempts to fully visualize them. Transthoracic and transesophageal echocardiography complement one another, and 3D echo provides improved localization and analysis of these jets. Doppler techniques can help to quantify PVL regurgitant volume, but both of these techniques of transthoracic and transesophageal echocardiography can be limited because metal on the prosthesis can distort the images, especially when the ultrasound beam is parallel to the structures of interest.

In addition to echocardiography, we can also use computed tomography. Gated CT with 3D/4D reconstruction using ECG gating similar to coronary CTA protocols can be processed on a dedicated workstation to visualize PVL in detail. Prosthetic valve materials and extensive calcification cause artifacts that can limit the accuracy for sizing the PVLs. Contrast and radiation risks must be weighed against the benefits of images acquired. And as a result, it's often more useful to do the echocardiography as opposed to CT in order to evaluate these PVLs. However, CT can provide additional anatomic information to help explain why a patient has PVL.

So, what are some treatment options once we've determined that somebody has PVL? The first is medical therapy with diuretics, iron and folate supplements, and transfusion. However, this is essentially palliative as it's not fixing the mechanical problem for the patient's symptoms and their pathology. Repeat surgery with either patching of the leak or replacement of the leaking prosthesis has high mortality and high failure rates. Transcatheter closure with off-label use of vascular plugs is technically difficult but feasible in some cases. Transcatheter valves with PVL due to poor apposition or undersizing of the implant can also be treated with post-dilatation or valve-in-valve implantation, essentially upsizing the prosthesis that leaks.

Which of the following is associated with late as opposed to early development of paravalvular leak?

The correct answer is B, endocarditis. So of the choices, annular calcification, suturing problem and depth of prosthesis are more likely to be associated with early paravalvular leak development as these are more technical issues. However, endocarditis is more likely to lead to late paravalvular leak as this is unlikely to happen in the early clinical period immediately after the valve has been implanted.

The answer is D. The study demonstrated that in patients undergoing TAVR, paravalvular leak was associated with an increase in late mortality, but it was not associated with early mortality or length of stay or hospitalization.