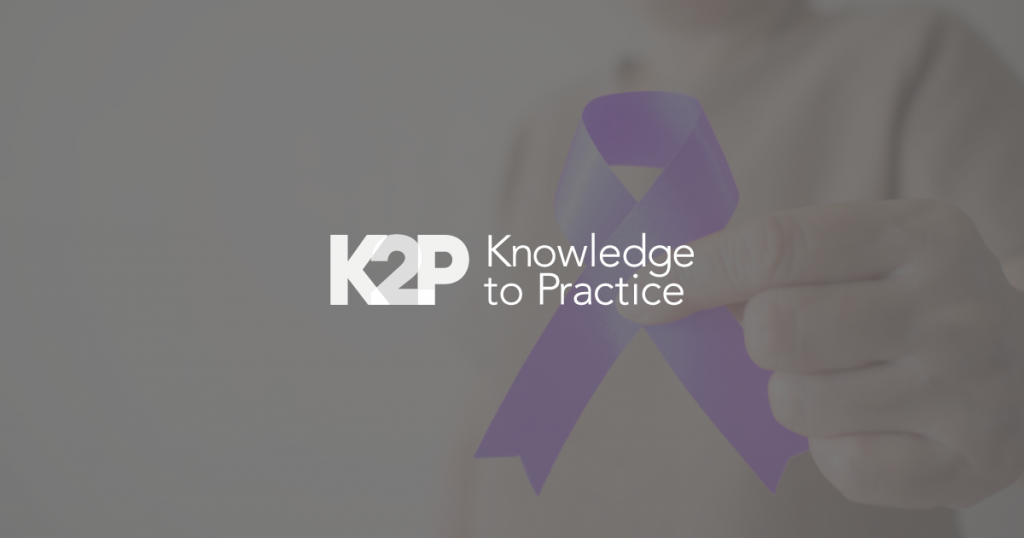 The inaugural issue of the American College of Cardiology’s journal JACC: CardioOncology was released last week, underscoring both the evolution and the importance of cardiovascular health in the cancer patient population. Anti-cancer agents such as angiogenesis inhibitors and pro-inflammatory cytokines can cause beneficial effects against cancer, but deleterious effects on the heart and vessels. Improved overall survival of patients with cancer may leave them with cardiotoxicities as a result of their cancer treatment, increasing chronic cardiomyopathy management challenges.

Learn more about the management of these challenging patients through K2P’s cardio-oncology case studies.

A 58-Year-Old-Man With Abdominal Pain...

Let's first begin with a self-reflection question. On a scale of 1 to 5, how confident are you in your ability to interpret imaging findings in the setting of venous thrombosis with one being the least confident and five being the most confident?

The Case: A 58-Year-Old Man with Abdominal Pain.

He actually presented with a one-year history of intermittent abdominal pain that was associated with nausea and vomiting. During this time, he had an unintentional 54-pound weight loss over one year. He underwent abdominal imaging, which revealed a mass. In this setting, he was referred for further evaluation.

These are two slices from his abdominal CT scan, and this is for your consideration to think about the areas on the CT scan that are indicative of his pathology.

Considering those two discrete slices on his CT study, the findings on those two images are most consistent with which of the following?

The correct answer is an indeterminate neoplastic disease.

As we can see on the imaging test, there are two discrete masses: one involving the right kidney and one involving the tail of the pancreas. In addition, there is a large heterogeneously-attenuating mass involving the liver. Looking at this imaging study in and of itself, it is next to impossible to determine the primary etiology of these masses. Therefore, further evaluation with a specific imaging or biopsy is indicated to try to determine the etiology of the mass.

Let's take a moment here to reflect upon what you would do as a next step in the management and evaluation of this patient. So what happened to our patient? He underwent another imaging scan. It was an octreotide scan, which revealed a primary neuroendocrine tumor in the tail of the pancreas. He underwent biopsy, which revealed high-grade metastatic disease. Unfortunately, he also had concomitant primary renal cell carcinoma.

In terms of his clinical course, he underwent a bland embolization of the hepatic mass, followed subsequently by a large surgical procedure that entailed distal pancreatectomy, splenectomy, cholecystectomy, and right partial nephrectomy. He had concomitant medical therapy with lanreotide. Our patient was stable over a follow-up period of three months, but in that time he started to develop lower extremity edema. And in this setting, he was referred for echocardiography to assess cardiac function and for any etiology for this edema.

These are two other images from his transthoracic echocardiogram. The first panel demonstrates a four-chamber apical view. The second panel demonstrates a subcostal image demonstrating the IVC.
In this image, we have the four-chamber apical view. In this, we have the left ventricle, the left atrium, mitral valve, this is the right ventricle, the tricuspid valve and this is the region of the right atrium.
This is a subcostal image demonstrating the area of the inferior vena cava extending into the right atrium. Note there is a structure that needs your attention.
Having now considered the echocardiographic images, the findings on the echocardiogram are most consistent with which of the following?

To further characterize the structure, our patient underwent a cardiac MRI. In the next two slides, we will show specific sequences that will delineate this mass and describe its most likely etiology.

This is an MRI scan that was used to delineate and better characterize the abnormal structures seen in the inferior vena cava. This is in the axial imaging plane and moving up, here we see the IVC. And this is the mass in the IVC extending up into the right atrium. And we'll let this play one more time: as we start inferiorly, we see the liver here, the IVC. And there's a mass that's within the IVC, and it enters up into the right atrium. Here we have the right ventricle, left ventricle, and left atrium. As we continue to move superiorly, we see the ascending aorta.

This is the same patient, but now we're using a sagittal imaging plane. And here we see the mass extending from the liver up into the right atrium.

This image is from the cardiac MRI examination. It is done after contrast has been provided, and these are delayed images. In the setting of thrombus, what we see is the lack of enhancement on delayed imaging. Here I'll point out to you the IVC thrombus as it is entering the right atrium.